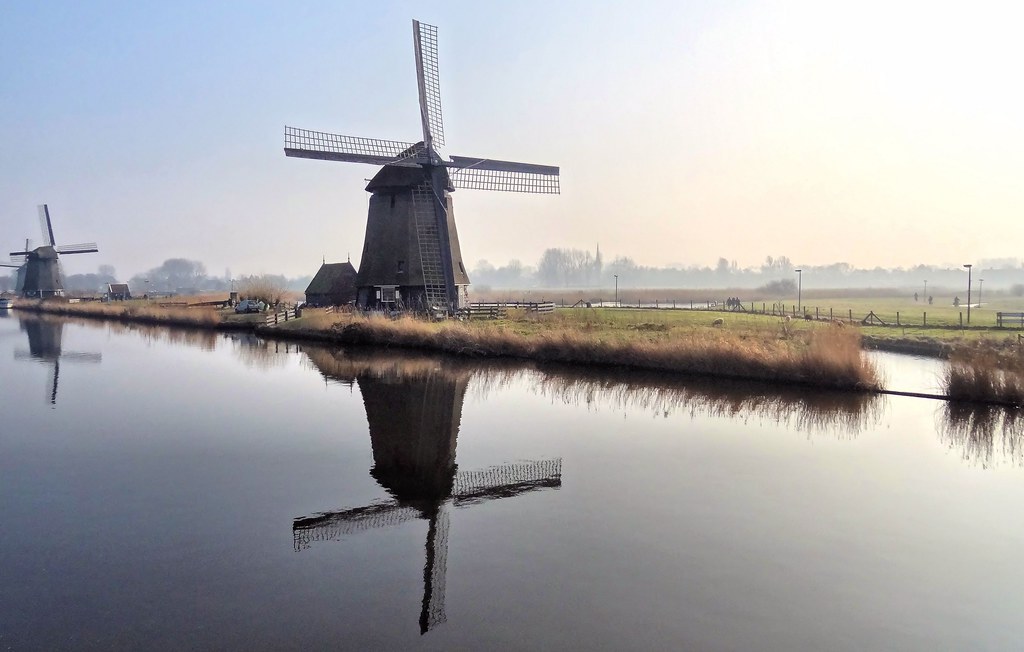 Alkmaar was built on higher ground, on a natural sand ridge known as the Kennemergeest that is surrounded by lakes and marshes. As a result, the city has many polder windmills that were employed in the struggle against flooding. Besides these, there are many other windmills that have a more economic function. In the past, many of the windmills that ground grain into flour were located on the city ramparts The city has these windmills to thank for a significant part of its growth. It is also worth noting that the Netherlands’ first oil mill once stood in Alkmaar. Many windmill inventions took place here.

Windmills can be divided into three main categories depending on their source of power: horsemills, watermills and windmills. The present number of mills in Alkmaar totals 12 windmills: 2 of these are tower mills and 10 are polder mills (ground-sailers).